CinFest SSRs are Fair And Balanced™ in Live Party as usual I see... 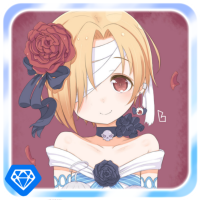 
If anyone likes adding peoples producer cards into their collection feel free to add mine! 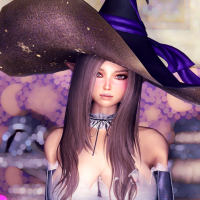 
Omg Syoko's smile during We're The Friends is precious. It's so intimidating yet at the same time it's like "pls I just wanna be your friend."


Just eight more hours until the Co-Op event starts. Don't particularly like this event type, but hopefully it has good event SRs to give me the ambition. 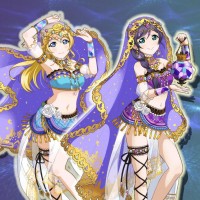 
If you had to pick one girl from the [email protected]:cinderella girls series that you relate to...who would it be and why? X3 (my answer is Anzu because I am lazy yet I do my best in some of my works XD) 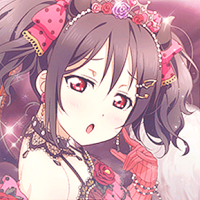 
Super SUPER *S U P E R* late to introducing myself but better late than never...right? My name is Emi and I *ABSOLUTELY* love ❤️ Kimura Natsuki ❤️ I am a PassionP but love all attributes/girls! I've been a fan of [email protected] since...2012(?) I stumbled upon 765 pro's anime and well here I am! Other things i'm interested in are idols (specifically from the 80's-early 2000's), fashion and Matsuura Aya! I don't know what else to write so I hope you have a good month/rest of the year and may you get your best girls limited/unlimited SSR's! 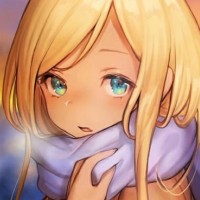 
I suppose I should add an introduction albeit kinda late as I have already made some posts here already but I guess it doesn't hurt. I am Noribya, I'm a female anime and Manga fan of 23 years of age. I've been into anime and Manga since I was a 5 year old child. I play a lot of rpg and anime like video games but I mostly spend my time with pokemon and such. Before I got into idol stuff I actually disliked [email protected] franchise ironically. This was because I came from a vocaloid forum (of which I moderate). Back then we had an entire suvforum for [email protected] This was like in 2009 so deresute talk didn't exist. The fans were kind of eccentric and rubbed me the wrong way unfortunately so I knew of [email protected] through vocaloid (oh and the human powered vocaloid covers people made with the voice clips). But I wasn't a fan until much later. Anyway I first got into the idol type of anime and Manga scene through the [email protected] anime and fell in love with it. I took interest in other idol series like love live (mildly), pripara, akb0048 and recently aikatsu stars. I really enjoyed them but none of them hit me as strong as the [email protected] anime did. Even the cinderella girls anime didn't phase me as strongly. The game however I love very much so and became quite addicted, not a surprise to be honest. Anyhow I think I sunk completely when I got my first ssr shortly after I started (which was pretty recently). Said ssr was none other than the limited shiki and I quickly accumulated my second ssr via the special gacha (where I chose koume). After this I just started whaling around cinfes and somehow have spent more money than most of my friends that have played longer (I gained like 7 ssr from all this madness). I have become addicted but also pretty happy with this game. Unlike love live which I uninstalled out of boredom and various other mobile games, this one feels very genuine and very fun! As for my favourite idols. At heart I'm honestly a huge AzusaP and even own a couple figures of her. My favourite deresute girl is Mio hands down. At first it started out as a defiant memey reaction to the hate she was getting from the anime but overtime became completely unironic and I truly love her and will defend her like a trusted guard dog. I love various other girls too however, anzu and syoko were some characters I loved right from the start before I even touched the game and made me interested in it. Others I didn't expect to like like as well. I love hijiri even though she isn't in deresute and I adore Layla and koharu as well as aoi. Anyhow if you have any questions feel free to ask away. 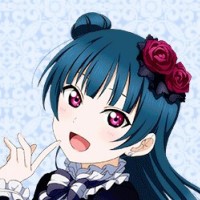 
I made a post before introducing myself, haha. I'm Allison, Im 18 and in my second year of college studying Biomedical Engineering. Rhythm and Idol games are a huge passion of mine. I have been playing LLSIF for about a year and a half, Deresute for a little over half that time, and Photokatsu for only a few months. I make edits for love live on twitter (@ nosezomi), and I have a very inactive if not totally dead tumblr of the same URL. Ranko is my best girl forever, and I want one of her cards so bad. I really hope she gets an event soon, because I am not that lucky with scouting. I tried for her bridal limited a few times and got nothing... events I can manage haha (also my LL best girls are Umi and Yoshiko)


Having a bit of trouble figuring out the coding you use to add images to your profile, could someone please tell me? Thank you!! 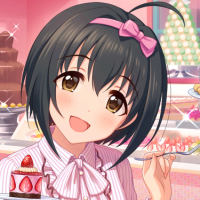 
wanted to show off my generic room ;)